In Praise of Bob Moran

Who is the UK's best political cartoonist?

This year that mantle has been claimed by The Telegraph's Bob Moran, who has produced a series of superb cartoons articulating the loss of personal freedom, and the fears experienced by those trying to understand the changes that have followed in the wake of Covid19.

You can view his website, with a compilation of this years cartoons, here. My personal favourite is from July, and features our national dog, the British Bulldog both scared and muzzled. 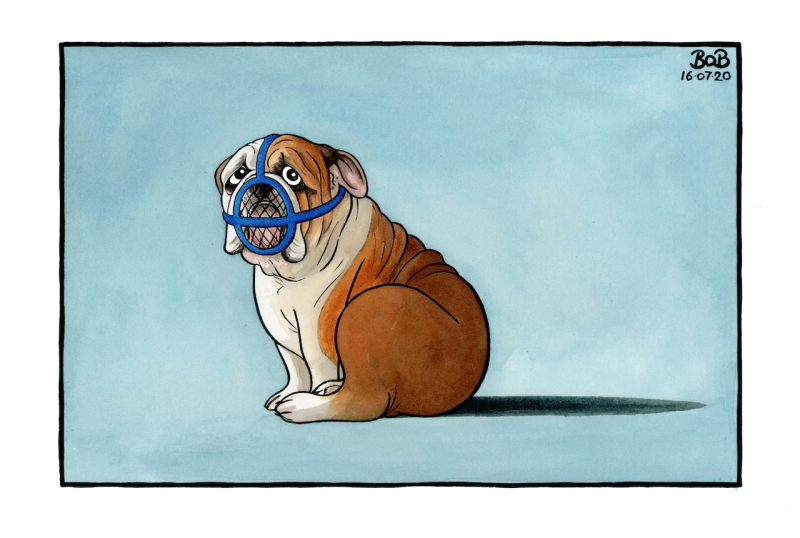 Three Points of the Triangle: Islamic State, Britain and the Indian Subcontinent

The Sunday Guardian in India has published my article on the overlap between British jihadists, Islamic State and the Indian subcontinent. You can follow a link to it here.

More generally, most of my writing is collected on my Academia.edu page here. It is all free to download, but you will need to register to do so. In time I will bring over everything from there, to here.

Brendan Cox, Survivors Against Terror and the Manchester Bombing

The 22nd May was a year to the day since the Manchester Arena bombing in which 22, mostly young people and children, were killed.

To coincide with events held in Manchester, the Survivors Against Terror group (SAT) issued an open letter in the Observer of 20th May (scroll down here), calling for five distinct positions to be adopted against terrorism. This received considerable media coverage, see for example that from the BBC. The main figure in SAT is Brendan Cox. Whilst he resigned from positions in two charities linked to continuing his wife’s work in February, his work on countering terrorism was not mentioned at the time. Even when he has been publicly labelled a sex pest, it is perhaps rather difficult to condemn him when he is standing with fellow victims of terrorism. That of course is precisely the type of thing he will have calculated into his thinking, as he seeks to return to public life.

The SAT intervention has a five point programme it seeks support for:

• Please keep your focus on honouring the memory of those who have been killed. Terrorists often attack partly to gain notoriety. We should deny them it; their names don't deserve to be remembered.

• Give to appeals to help the victims of attacks and demand government provide the high quality services that survivors need.

• Ask media and social media organisations to do far more to take on and shut down those driving hate.

• Support our emergency and security services to do their job. If you know something or suspect something, tell them.

• Take on hatred wherever you find it. Very few of us will ever meet a terrorist, but lots of us will experience those driving hatred. Hatred is the sea that terrorists need to swim in, if we take on that hatred, we dry up that sea.

It would be interesting to know who wrote this, or developed the draft. Points 1, 2 and 4 are so anodyne as to be agreeable by virtually anyone, not least those who have suffered bereavement in terrorist incidents. Points 3 and 5 are more contentious, and open up a potential agenda – restricting social media, and acting against ‘hate’ that is more debateable, and entirely in keeping with political agendas from liberal elites and their little helpers.

Terrorism long predates social media – the IRA campaign, or that of the various loyalist groups from 1969-98, hardly needed it, even if the technology had existed. Historically, explanations for terrorism have considered concepts such as injustice, poverty, bad foreign policy, or the nature of, and trends within, ideologies and belief systems, serving to radicalise individuals and groups. Social networks are also important – you are more likely to join a terrorist group, if friends are doing so. That is why some towns, like Portsmouth, appear to have had Islamic versions of First World War ‘Pals Regiments’ going off to Syria. Cox and co ignore all of this. Instead the problem is the media and social media, and the wide, perhaps all too wide concept of ‘hate’.

There is little evidence social media played any role in the Manchester bombing.

The bomber, Salman Abedi, was a supporter of Islamic State, and a Mancunian of Libyan heritage. His father, Ramadan Abedi, was a member of the Libyan Islamic Fighting Group, an organisation the British government helped to overthrow Gadaffi. Salman Abedi had long moved in Islamist circles in Greater Manchester, and fought in Libya in 2011 in its Civil War. His brother Ismail Abedi is currently in custody in Libya, fighting extradition to the UK.

But - there is nothing here from SAT or Brendan Cox on foreign policy, immigration or religion. Is it a good idea to be allowing members of the Libyan Islamic Fighting Group to settle in Manchester? Why did the British government seemingly support the overthrow of Colonel Gadaffi, then work with him against the Islamists, then change course again, to support regime change? What does Theresa May, either the Home Secretary or Prime Minister in much of this period, have to say? There is nothing from SAT on breaking up friendship groups of extremists - in the months before the attack, Abedi twice visited a convicted terrorist in prison. Should we be allowing young men convicted of supporting terrorism to hang out in jail with impressionable young men from the streets?

Taking on 'hatred', requires a definition of hatred that is agreed upon by a majority of the populace. How likely is that? Whilst elite level groups and government departments can readily agree (debating terminology is one of the things they do) such a consensus is unlikely to emerge from where it is needed - the bottom up. And where does any definition of ‘hate’ sit with the concept of free speech?

The deployment of victims of terrorism to promote the idea that social media is in some way a ‘cause’ of terrorism is now underway. At the same time, there seems to have been a low level purge on Twitter of ‘extremist’ voices, most prominently of Tommy Robinson. In due course, that is likely to be extended to You Tube, and Nigel Farage has made the accusation that algorithms are being used to censor conservative comment on Facebook.
That, combined with loose accusations of ‘extremism’ or ‘hate’ is likely to be at the centre of the work of groups like Hope not Hate, and it seems, Survivors Against Terrorism, going forward. It avoids asking hard questions about foreign policy, immigration policy and (almost certainly) it avoids asking hard questions about trends within contemporary Sunni Islam. Consider all those politicians and news readers talking about ‘Daesh’ or ‘so-called Islamic State’ to see how readily euphemism can predominate. It risks conflating those involved with violence, with those who are not. And it will almost certainly serve as one of the fronts in the conflicts over politics we will see over the next 18 months.

Do you trust Brendan Cox to define what constitutes ‘hate’?

I received a lot of positive feedback and support on social media for yesterdays post, on the manipulation of the news in the case of the stabbing of school teacher Vincent Uzomah.

A few brief updates. Firstly the Guardian's Helen Pidd confirmed that the judge in the case did NOT order any withholding of the ethnicity of the attacker. This confirms that those news outlets who did not report he is a British teenager of Pakistani heritage, opted to do so of their own volition.

An unexpected development during the course of yesterday was Matthew Weaver of the Guardian, somewhat bizarrely, picking up on Show Racism the Red Card's intervention on Radio 4, and deciding that in and of itself it was worthy of being a news story. Indeed at one point yesterday it was the ninth most read article on the Guardian site. This illustrates the nature of modern media websites - the need to produce endless layers of content that fit readers preconceived ideas means a highly partial and indeed disingenuous discussion on a radio show can, two hours later, become a news item.

And that serves as a further example of how liberal elites manipulate the news.

Posted at 03:32 PM in Media and Journalists, Politics | Permalink | Comments (0)