Do not buy one of these for the 9/11 truther in your family! 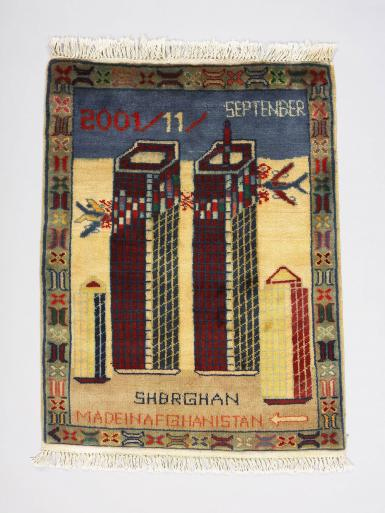 These rugs have (not surprisingly) caused a bit of a storm in Canada, where thay have been on sale. Its nice to see the Bayeaux tapestry is still spawning imitators all these years later!

Gearing Up For Obama

Here's a light hearted look from a US writer on how the truth movement across the water is gearing up for President Obama.

Nice to see she did not even feel the need to mention Webster Griffin Tarpley's tedious tome on Obabma.....

Last Sunday The Observer served up one of the dodgiest press stories in years, trying to create an eco-terrorist scare.

You can laugh at the sorry efforts of Mark Townsend and Nick Denning here. As Ian Bone has pointed out with some glee, Nick Denning is no ordinary journalist - he is in fact a senior British Army officer. It really is a broad church down in Farringdon these days!
To return to the original Observer piece, how about this little gem:
"Reports on the Earth First! Journal website, which tells users how to send encrypted emails, reveals connections to the Earth Liberation Front (ELF) which has been linked to a series of violent attacks in the US. ELF was classified as the top domestic terrorism threat in the US by the FBI in March 2001."
So, just six months before 9/11, the FBI's main concern was a handful of Greens who specialise in setting fire to 4x4's and putting sand in the engines of loggers trucks. Talk about priorities.
And taxpayers pay for this shambles...................

However, the organisers in Dumfries requested some additional information as regards background, methodology and motivations. These comments are reproduced below:

What This Talk Is

My talk is about the 9/11 'truth' movement - very simply those groups, individuals and organisations who reject the view of Al Qaeda responsibility for the September 11 2001 terrorist attacks in the US. This is not a talk about 9/11 itself, or US foreign policy or Osama Bin Laden. What I will focus on is 9/11 and the Muslim world, the anti-semitism of the 9/11 truth movement and finally the offspring that 9/11 truth is nuturing - for example the 7/7 truth movement.

Two things motivated my interest in the 9/11 'truth' movement. I'd been writing for many years for a magazine called Notes From the Borderland. NFB had taken a long term interest in two former MI5 officers - David Shayler and Annie Machon, who had fallen out with the Security Service and launched new careers as public figures.

We were unhappy at the naive and unquestioning welcome many in left/liberal circles gave them, especially when they offered no substantive information on the disruption of radical political groups by the police and security services, and worse their main argument seemed to be for a more efficient MI5.

In 2005 Machon and Shayler abruptly left the anti-war movement and moved into 9/11 truth circles, even though both had written articles on the dangers of Islamist terrorism, using 9/11 as an example. Something did not ring true.

The second motivation  was the behaviour of 9/11 truth activists themselves, particularly at the 2005 Anarchist Bookfair, where they used a high degree of subterfuge, coupled with intimidation on the day, to get David Shayler and Annie Machon into an event they would never otherwise have been allowed to enter.

Something was clearly happening here, and if we did not comment on it, no one else would?

My colleague Larry O'Hara likes to use the term 'oppositional observation'. For many years now he and I have gone to 9/11 truth meetings, spoken to their members and debated on their Internet forums. We have interviewed disillusioned truthers, and been hissed and booed by those still active in the truth movement. I have now seen nearly all of the truth movements main speakers - certainly those who have visited the UK.

We have attempted to move beyond the truth movements obsession with the Internet, trying to keep a handle on the ever shifting volume of books on Islamist terrorism and 9/11, with a desire wherever possible to look at primary sources. Whatever its faults, people do need to read the 9/11 Commission Report, they do need to look at Bin Laden's statements since 9/11 (how many truthers have looked at either?) and they do need to compare the shifting comments of some 9/11 truthers, especially as the truth industry continues to grow.

When I spoke at Loughborough University, one questionner rightly pointed out that in my paper there were few sources from 'radical' publications. In a way, I am a bit of a lone wolf in the developing field of Terrorism Studies, and even more so in writing critically about Islamist organisations.

Many of those writing on this subject come from political backgrounds sympathetic to the security industry (e.g. the school at St Andrews University) or from left/liberal gackgrounds, perhaps journals such as Race & Class, where society is usually see through a prism where the only real evils come from the West, and the United States in particular.

I have issue with both of those traditions.

9/11 Cultwatch North of the Border

Paul Stott of 9/11 Cultwatch donned his tartan scarf last week for a trip to Dumfries, to raise the dangers of the 9/11 'truth' movement.

Speaking at Glasgow University's Crichton Campus in Dumfries, approximately 30 people heard Paul speak for  about 40 minutes followed by 20 minutes for questions. Issues raised included 9/11 'truth' in the Muslim world, the anti-semitism of the truth movement, the worrying rise of British Jihadism, and the 7/7 'truth' movement.
Here's some pictures from the day: 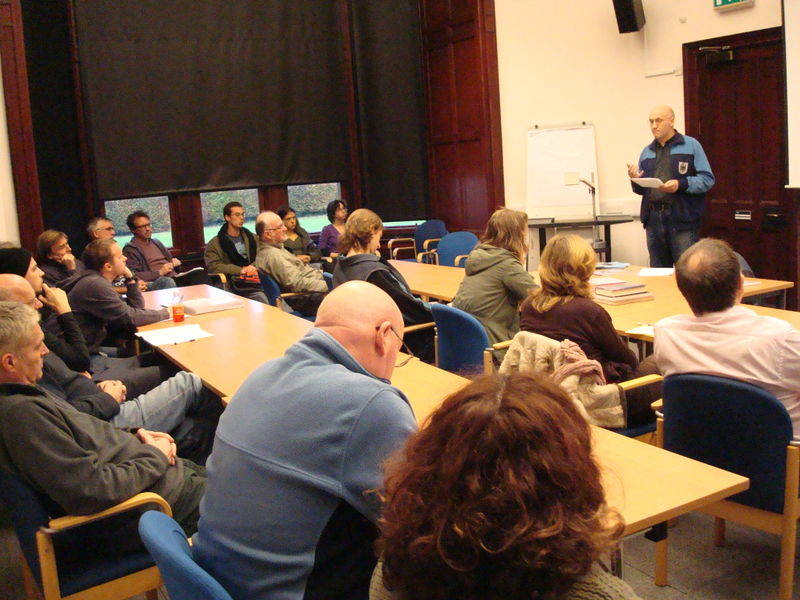