It Is Changing The System That Matters

“I’m not some sort of conspiracy theorist,” Monson says of his political leanings. “I’m not talking about how the government is trying to hide UFOs. I just want to do away with hierarchy. I’m saying that our economic system, capitalism, is structured so that it only benefits a small percentage of very wealthy people. When I was traveling in Brazil, they had us staying at a really posh hotel. Outside the hotel there was a mom sleeping on the sidewalk with her two kids. That’s when reality hits you. What did that woman ever do? Who did she ever hurt?”

Martial Artist and Ultimate Fighter Jeff Monson, interviewed by In These Times, back in 2006.

A quick note from Heidi Svenson:

As amusing as it has been reproducing Chris Bovey's e mails, I have decided to spare his blushes and not publish any more rubbish from him. They were making Derek Jameson laugh so hard it was damaging the lining of his bladder.

See you next time boys!

He no sooner returns to writing for 9/11 Cultwatch, than we get the following highly excitable piece of correspondence from 9/11 'truth' activist Chris Bovey. Although he might have been born within sound of Bow Bells, dear old Derek is actually a rather sensitive chap, and was far from prepared for the poison emanating from Mr Bovey's pen.

Whilst Derek lies down on his chaise longue and dreams of Belinda McKenzie's bank balance, the rest of us can enjoy the wit and wisdom of a 9/11 truth seeker in action:

Your site 911 Cultwatch is an obvious front for the
Security Services.

I'm sure that the vast majority of all the visitors to your site will see this, in fact, I thank you for making such little effort to disguise who you are really working for, as I'm sure it will lead even more people to believe that 9/11 was an inside job. The facts of the 9/11 Truth Movement are on their side, so I'm sure they'll survive the nasty slurs and inaccurate information on your site. Just type in 911 to google.com and you'll see how strong and vast in numbers the 911 Truth Movement is.

The cartoon on that site is actually very funny, but at the end of the day, it is nothing more than a cheap laugh, perhaps you learned this skill from your Neo-Con paymasters whose policy is always to attack the personalities, when they have no substance or mass appeal themselves.

Its a known fact that those who hold the strings of power use controlled opposition of the left as part of their strategy for global domination, I'm just delighted that yourselves and Notes From The Borderland do such a poor job of this.

Mr Bovey obviously knows a lot about MI5 - he has after all campaigned alongside David Shayler and Annie Machon ever since there respective 'conversions' to the truth cause. Shame Annie could not manage to mention 9/11 truth once in her 2005 book, or of course that David did his best to scuttle the movement before he left it for pastures celestial.

One of the reasons the 9/11 cult is so dangerous is precisely as shown per this letter - anyone who disagrees with them is instantly categorised as working for the security services, or the US neo-Conservatives. Or in the case of this e mail - both! Can you imagine that approach to politics spreading to your trades union, campaign group or organisation?

It would be disastrous.

Yesterdays Daily Telegraph had a fascinating article by Damian Thompson on the rise of quack theories.

You can view the article here, and Thompson's Telegraph blog here.

Thompson sets out strongly the spread of gibberish on any number of issues - from 9/11 through to religion and even medicine. He complains rightly that the line between fact and fiction is now harder than ever to draw - what else needs to be said about the Da Vinci Code?

Weaknesses are however apparent. The term conspiracy theory is a highly pejorative one, and one that needs to be used far more sparingly than it is (and we count ourselves in that criticism). If used as a bludgeon, it will stifle debate on major political issues. In part conspiracy theories exist because so much is hidden by the political class, and decided in secret. It is hardly a surprise when ill-informed speculation emerges, as we have a system where the majority - even in Western democracies - are further away from the decision making process than ever before.

Also people and organisations do conspire. How would Thompson describe a highly complicated process such as Iraqi WMD's - where virtually all the players were conspiring against each other, for years? When the music eventually stopped, there were no victors - America's international standing ended up lower than ever before, whilst Saddam not only lost power, but ultimately lost his life.
In the end the only victors appear to be Iraq's resurgent Islamists, and Iran, who now have more influence across the border than ever before. Perhaps the biggest failing of Western advocates of 'counterknowledge' though, is that they utterly refuse to count Islamist organisations such as the Al Sadr Brigade - or for that matter Shia Iran - as players in the big game. Everything is always the fault of the USA, or the old whipping boys - Israel.

Taken initially, Thompson's concept of 'counterknowledge', if anything appears over generous to many pushing alternative theories on issues like HIV, 9/11, 7/7 or vaccination. Many in these fields appear to think less than they believe, and study less than they speculate. Their 'counterknowledge' is all too often without any base in research, save for access to google and Youtube. If you don't believe us, take a look at the UK and Ireland 9/11 Truth Forum.

Thompson's book "Counterknowledge" will be reviewed by the 9/11 Cultwatch team in due course - either here, or in Notes From The Borderland.

He's Back - Do They Mean Us Returns! 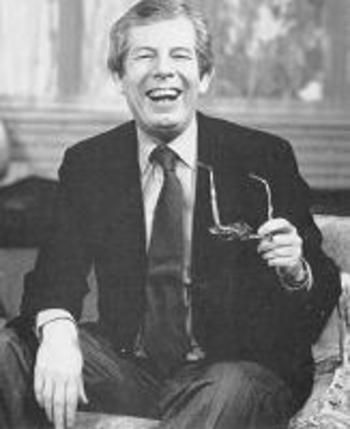 Our guest columnist Derek Jameson returns to 9/11 Cultwatch, after a lengthy hiatus due to his time spent deep in the East End researching his forthcoming book "Saucy Jack: Music Hall and The Whitechapel Murders"........

Cor Blimey! I go away for 12 months and it is all change in the 9/11 Cult. Annie Machon gets herself a new feller, David Shayler gets himself anointed, and they even manage to do the impossible and promote Tony Gosling. Hells bells!
Just looking at the 9/11 Forum and its a close call as to who is more whacky - the posters or the moderators. Now we all know Yorkshiremen like a bargain, and you can't dispute how moderator Paul Wright calls it. Listen to this description of 9/11 Cultwatch writer Paul Stott:

"I regard Stott as a rather sincere contributor from the Skeptic's Operant Conditioning Unit, unlike his rather more pernicious handler, Larry. That's why I think he's lasted thus far. He operates the Chatham House rule of purveying the agenda without revealing the source. He is in a sense a victim, albeit with a fair degree of intelligence and insight. I think he might unravel soon."

That's bang on the button - and it clearly takes one Paul to know another Paul! Until next time my old china's - its back to The Blind Beggar for me!

A CIA man with a conscience!

An obituary of Agee can be found here.

At Last! Some Clarity From The Truth Movement!

Exasperated at the inability of posters to see beyond there own prejudices, over on the 9/11 Truth Forum I posed the simple question:

"Is every single Islamist attack, everywhere in the world always the work of the US/Israel?"

So far, not one person from the 'truth' movement has said what I had hoped to hear "No that's nonsense, there is obviously a problem with Islamist terrorist groups". Indeed one joker even stepped up with this classic riposte:

"Probably. Although the US isn't likely involved."

It is those dastardly Israeli's again! You can read the whole thread here.

Looking at the current crisis in Pakistan, I am amazed Pervez Musharraf has not taken on anyone from the 9/11 'Truth' movement as an advisor. After all, why fight the Islamist opposition within his borders, when all he has to do is look out for those Israeli spies, arrest them, and everything will be tickety boo within days!

A rational discussion of the threat from Islamist Terrorism is not something you will find in either the truth 'movement' or indeed huge swathes of the mainstream media.

Over in the US, journalist John Hockenberry has been dishing the dirt on his time at NBC. It seems one of the main US networks did not want serious coverage of Osama Bin Laden and his motivations, instead looking for cheap human interest stories from New York.

Perhaps more interesting still is the pressure he was put under by General Electric, NBC's parent company, not to go into General Electric's vast business interests in Saudi Arabia, including long standing one's with the Bin Laden family. After all, even events like 9/11 cannot be allowed to interfere with big business.

Read some of Hockenberry's comments here.

That seems to be the case with Glasgow Airport baggage handler John Smeaton, who famously got stuck into the Islamist fanatics who attempted to bomb his workplace last year.