There are certainly one or two little surprises planned for some of the people who get rather excited about this blog. But to say anything more now would be telling. Happy New Year!

National Geographic repeat two of their 9/11 documentaries this evening, at 7pm and 8pm.

9/11 Cultwatch would like to wish all the visitors to this blog a very Happy Christmas.

"The guys who took care of me back then are Taliban now."

US Congressman Charlie Wilson, speaking ahead of the release of the new US film "Charlie Wilson's War" which shows the funding of Mujahideen groups by the United States in the 1980s.

"There's only three things he mentions in a sentence: a noun and a verb and 9/11".

Rashid Rauf, one of the Britons allegedly involved in the 2006 plot to blow up airliners flying out of Britain, has apparently been allowed to escape from custody in Pakistan.

Writers such as Nafeez Ahmed have poured scorn on this alleged plot, where liquid explosives were supposedly going to be used to blow up some 20 aircraft. The suggestion also existed of Pakistani Intelligence acting as agents provocateurs to entice British Muslim extremists into terrorist actions. What then can we make of Rauf's disappearance, and the arrest of officers who allegedly helped him?

One of the consistent positions pushed by 9/11 Cultwatch has concerned the need to take political and security events seriously in countries like Pakistan and Saudi Arabia. The 9/11 Cult, which solely views the world through the lens of the nasty Americans manipulating Muslim countries at all levels, has not even begun to get to grips with political reality.

Perhaps they can, with this case?

One of the fascist groups most frequently targeted by anti-fascists in recent months has been the Barnsley branch of the BNP.

Clearly all those blows to the head have had an effect.

What tops the page in the links section on the Barnsley Nationalist blogspot? (For some reason they always call themselves nationalists, never fascists) Well low and behold it is a link to US 'truther' Alex Jones.

They are welcome to each other!

You Can Take The Man Out of the Larouche Movement, But Can You Take Lyndon Larouche Out Of The Man?

When we saw Webster Griffin Tarpley speak in London last month, a few of his comments reminded us of his political ancestry - he was once a keen follower of US anti-semite Lyndon Larouche.

In the UK Larouche is perhaps best known for his rather eccentric views on the British royal family. Whilst many criticisms of the royals are valid, few would seriously accuse them of involvement in major drug dealing! Larouche has long attacked what he sees as Britain's unhealthy influence on world events.
Although WGT is no longer (as far as we believe) a Larouchite, it seems he is still more than influenced by his old masters tune. How else do you explain his truly barking comment in London that the US attacked Serbia in 1999 as Al Gore wanted to impress Prince Charles? Such rubbish is straight from the Larouche textbook.

Recently a website called Larouche Planet has been good enough to link to link to 9/11 Cultwatch's report on WGT in London. Interestingly, when referring to WGT, they call him an "ex" Larouchite. They define Larouche not as a political figure but as a cult leader, and the site is run by former Larouche followers. Why not check it out yourself? 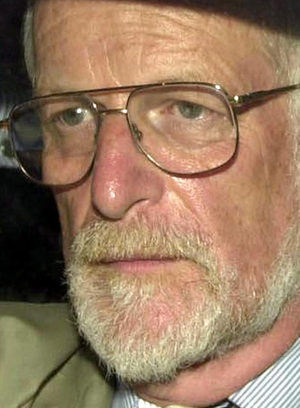 It seems even the messiah has to earn an honest crust.

Flicking through the latest issue of Nexus it is noticeable that Shayler has two speaking engagements at the Sauniere Society in 2008. At the first of these he is speaking on "The New World Order & The Murder of Dr David Kelly".

There can be little doubt that the death of Kelly is extremely suspicious - men of his class background and position in society very rarely kill themselves, indeed it would have been far easier for him simply to resign than kill himself in the bizarre manner that he allegedly did. We already know Norman Baker MP's take on the matter - he fingers Iraqi dissidents determined to ensure that Iraq was definitely going to be invaded.

Given one of the few consistencies displayed by David Shayler in his 10 years of public life has been his enmity towards MI5's traditional rival MI6, I hope I don't ruin his proposed talk for anyone by speculating that it is very likely he will say Kelly's death was all the fault of MI6, and very unlikely it will have been anything to do with MI5.

Over to you David.